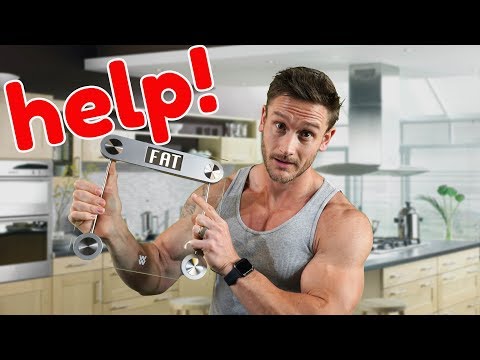 Join my Email List: https://www.thomasdelauer.com
Try Thrive Market to Get the Groceries that I Recommend: http://ThriveMarket.com/Thomas

1) Fats and Carbs Upon Breaking the Fast

Insulin becomes lowered during a fast, and catecholamines elevate – this is a good thing, but it means you’re highly insulin sensitive upon breaking your fast, and your body is more receptive to the types of foods consumed

GIP is induced by both carbs & fat and to a much lesser extent, protein and fiber – GIP has its own fat storing action on LPL and causes more insulin to be released (here again fat can result in indirect insulin secretion)

2) Fasting Too Much and slowing down Metabolism

Basal metabolic rate (BMR): This refers to the number of calories needed to cover your basic functions, including the proper functioning of your brain, kidneys, heart, lungs and nervous system

Digestion: Your body uses a certain number of calories to digest and metabolize the foods you eat. This is also known as the thermic effect of food (TEF)

Physical activity: This refers to the number of calories needed to fuel your everyday tasks and workouts

Resting energy expenditure was measured in 11 healthy, lean subjects on days 1, 2, 3, and 4 of an 84-h starvation period

Serum glucose decreased from 4.9 to 3.5mmol/L, whereas insulin did not change significantly

Concluded that resting energy expenditure increases in early starvation, accompanied by an increase in plasma norepinephrine

Glucose-dependent insulinotropic peptide is a hormone released from the small intestine that enhances the release of insulin following the intake of food.

In one study, a 27-year-old male patient fasted under supervision for 382 days and has subsequently maintained his normal weight

Blood glucose concentrations around 30 mg/100 ml were recorded consistently during the last 8 months, although the patient was ambulant and attending as an out-patient

The hyperglycaemic response to glucagon was reduced and latterly absent, but promptly returned to normal during carbohydrate refeeding

After an initial decrease was corrected, plasma potassium levels remained normal without supplementation